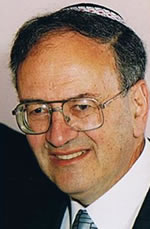 Trained as a teacher, with a degree in history, I spent my working life as a bookseller. My two great interests are writing and music.

As a writer, some of my focus is on stories of encounters between the culture of the highly educated, cultivated European refugees of the 1930s and 1940s and traditional New Zealand colonial society. My first published story was about a friendship of a Maori and a European boy.

More recently I had a story accepted for broadcast about Lili Kraus, the Hungarian pianist who lived in New Zealand in the immediate post-war years and her fictitious admirer. In this, and some of my other writings, I explore the borderline between fact and fiction.

I found here exactly the kind of subject that I was seeking in my writing. I was quite overwhelmed by the wealth of Richard Fuchs’s compositions I found in the Turnbull Library, and seeing the manuscripts I felt that I got somewhat close to the spirit of their composer.

I saw the story of Richard Fuchs as a quintessential story of the dislocated European intellectual, driven out of his home and cultural heritage, but out of place in his new environment.