Richard was also an architect

Richard Fuchs attended architecture school in Berlin and began work there as a newly qualified architect. Three years later World War I broke out and his career was put on hold while he and his three brothers went to the front line. Richard was a war artist and many of his sketches and water colours reflect his passion for architecture. Perhaps he felt a need to create a visual record of the buildings in case they were bombed. 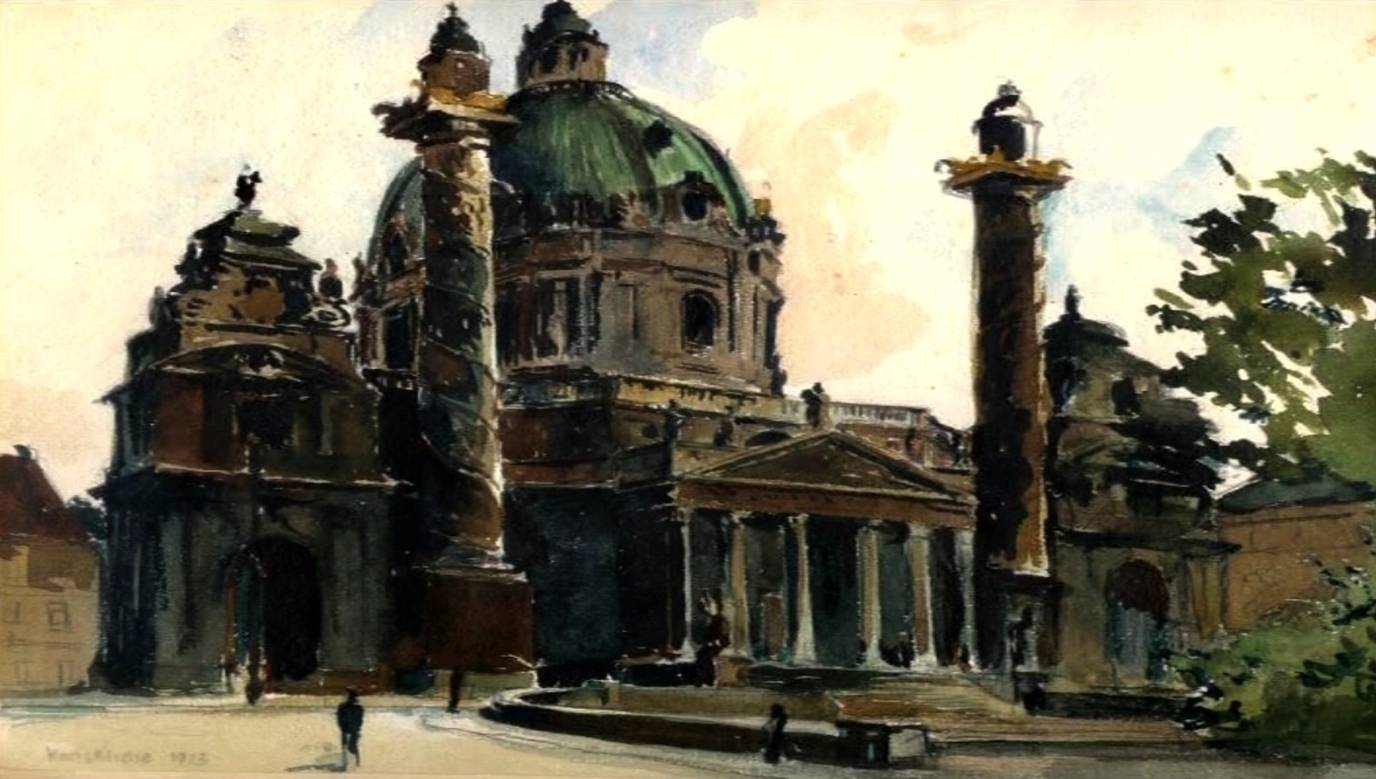 After the war he returned to Karlsruhe, resumed advanced studies at the renowned Karlsruhe University of Applied Sciences, and gained a doctorate in Engineering. He went into practice as an architect and worked prolifically. He designed cafes, apartment buildings, department stores, houses, hotels, factories and synagogues. His buildings were publicized in the local newspapers and he was becoming a renowned architect in southern Germany. However in 1933 the Nazis came to power and it became increasingly difficult to practice. In 1937 the Nazis passed legislation which prevented non-Aryans to practice architecture and Richard Fuchs' career in Germany came to a final end.

In New Zealand Fuchs was employed as an architectural draughtsman but was not employed as an architect. When World War 2 broke out, Fuchs was declared an 'enemy alien' and could not work at all. He died two years after the war ended, his last building completed ten years earlier at the age of 50, an age where most architects are reaching the pinnacle of their career. Fuchs' career as an architect was relatively short but highly accomplished. The buildings in Germany which withstood the war time bombing now have Heritage Protection status for the district of Baden-Wurttenberg.

Recently there has been a revival of interest in Richard Fuchs' architectural works. Gerhild Rother, an architect and researcher describes Fuchs' style as Modern Expressionism. 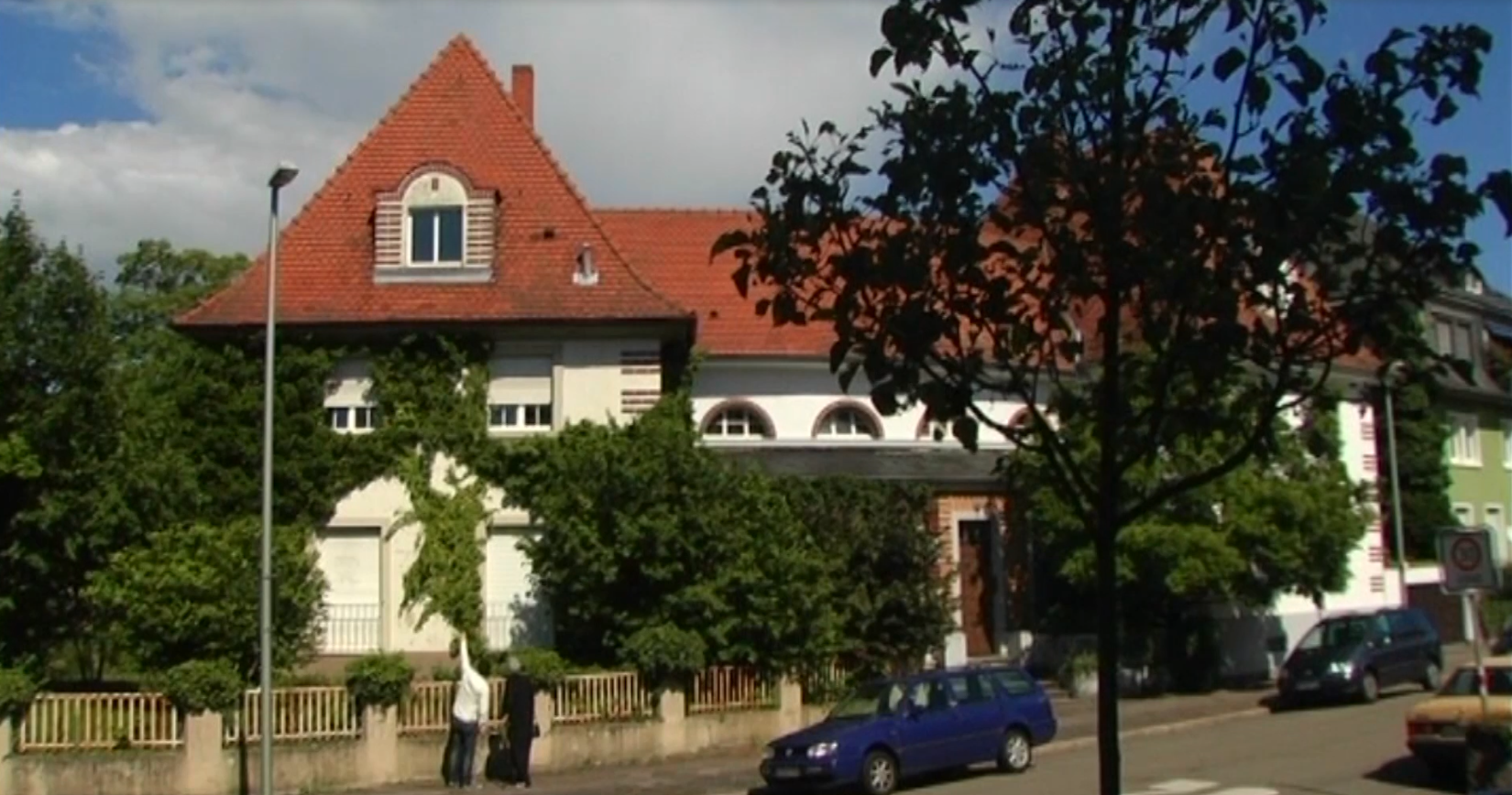 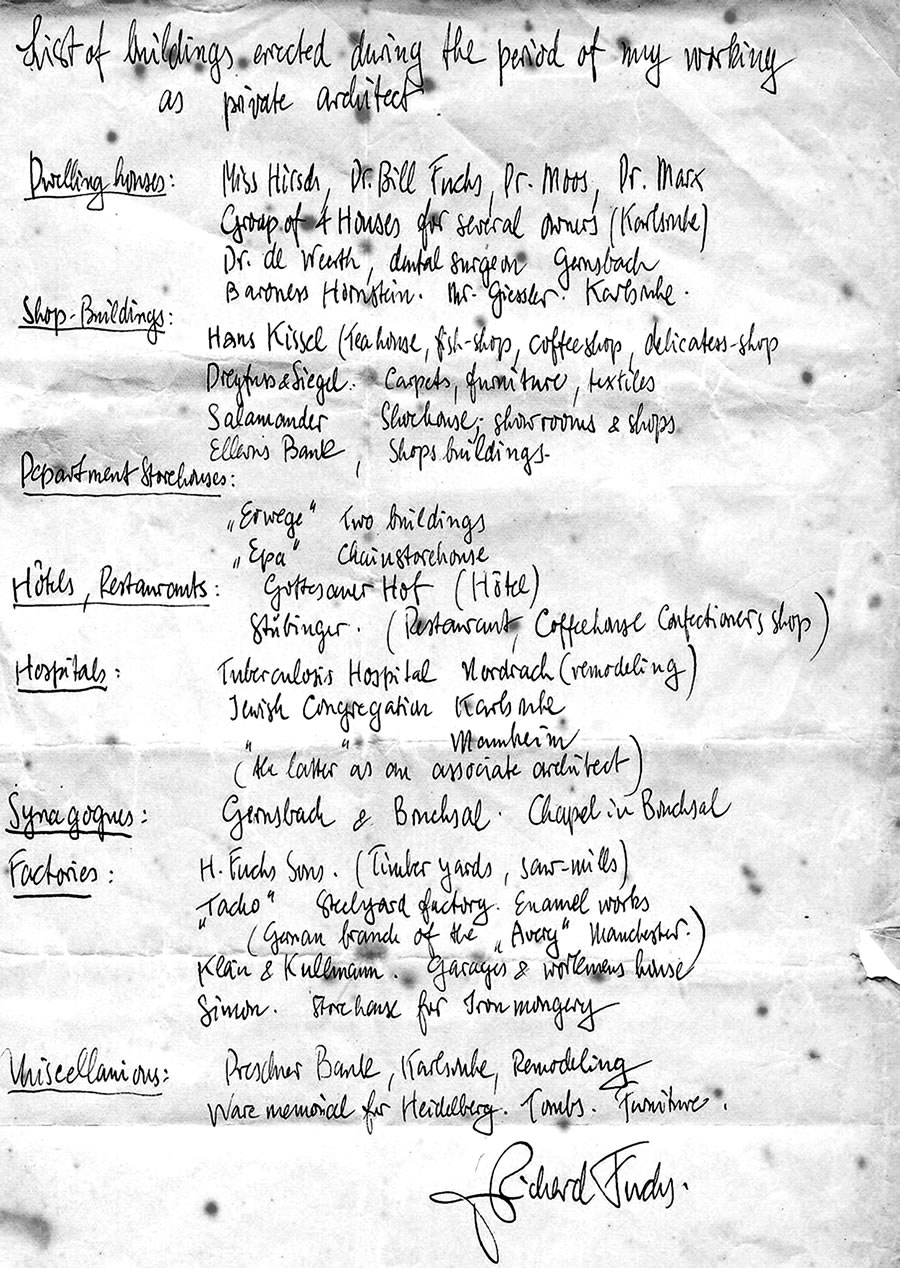